You know, I'm kind of partial to the idea of the mirror breaking symbolically and your doll being a sort of shattered flipside image of the original . . . in other words, the glass doesn't have to be shattered by a specific thing. But that's totally a personal interpretation/preference . . . er, thingy.

As for the glass . . . I've never drawn shattered glass before (and I hope I never have to, because EGAD!) . . . but I think most glass cracks outwards from a single point (especially if you do want to go with having the braid break the glass) . . . which is what you've done, however I think the "point of impact" needs to be smaller and more singular rather than a round nest of small cracks in the middle. Sorta kinda like this. (Image After has a few good broken glass images, BTW). I think you have the right idea . . . all you need to do is scale back on the number of cracks (which will make putting the reflection in there easier), and add a few circular cracks (says the person who has never drawn broken glass before).

Is the purple triangle by her head a flying glass shard? Are you going to have the mirror exploding outwards? Because that has potential to be very, very cool.

One last note: you might have an easier time with the mirror if you make it larger.

As for the rest of the outfit, I like how it's coming along. I think you're remaining true to the original doll while simultaneously making her Hollayesque. (Hollayishesnessity?!) I'm loving the detail on the corset. I like the hair too, but I think you could push it a bit more in terms of height and/or volume. It doesn't have to be all rococo powdered wig crazy (or even as foofy as the original doll), but I think there's a great opportunity for an awesome freaky hairdo here, so why not go for it?

Thanks a -ton- for the help.

It was very thorough, and it really was just well thought out.

I was actually going to put the glass shards either by her feet or exploding outwards, I just hadn't really decided which would work better with the finished piece. Your CC on the glass as well as the references you gave me were -awesome-, and I think I can definitely use them to make everything look moar realistic! (PS: My mayun is making machine gun sounds at me from typing so fast, thought you should know. XD)

The hair is definitely up for some change, I can make it a lot bigger and poofier, and I'll probably experiment with the braid SeS had in the original to make the hair a little more over the top and INYAHFACE.

The triangle by her head was kind of a concept of some earrings, something almost steampunk or sci-fi looking, since I moderned her up so much from the original.

I'm trying to think of pixeled mirrors I've seen in the past, and if my memory serves (which it usually doesn't . . . .) they do tend to be a bit brighter . . . that will come once you start shading, I assume. I think the mirrors that impressed me usually had light blue/cyan hues in the highlights.

One last thing: I think leaving out a crown is a good idea, as it wouldn't really mesh with the wardrobe, but perhaps something small and subtle, like a golden barrette or something?

Awesome idea with the crown!

I think I could probably weasel in a bracelet or a tattoo or something with the crown and those flowers mixed in with it.

Also, I -totally- got that 'takkkkkkkke oooooooooooon meeeeeee!' in my head when you mentioned 80s music videos. D:
Top

Also, I -totally- got that 'takkkkkkkke oooooooooooon meeeeeee!' in my head when you mentioned 80s music videos.

Tried a new spin on the mirror, adding one big crack instead of the wacky spiderweb effect. I've also shaded her, and am just looking for shading/details CC!

Also, should she have a hammer or something? Or is the broken glass enough? D:
Top

I guess the hammer is not necessary but it depends on how you feel about it. Personnaly I feel like I don't need precise explanations about how the mirror got cracked. And you did put the earrings! You were right! 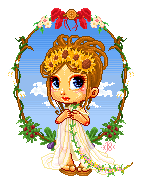 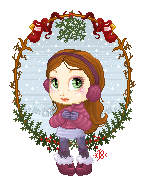 This new mirror definitely looks much better. It's a lot more readable. I'm really digging the subtle reflection in it too. Maybe this is more of a personal preference, but I think you should up the contrast in her skintone just a teeny weeny bit. The shades in her skintone look a little flushed out when compared to the darker shades you have going on the rest of the doll. It'll make the whole piece a little more uniform. :D

But yeah, loving what you have done. Damn, girl, you work faaast!

Wow. So far so brilliant. Quick thought, since there is a crown in the original, why not use that for what broke the mirror? Instead of it being on her head.

Ps - One day i've love to go through your head, the things you come up with are brilliant.

-Avatar and Tablet made by FG

-Harlot made by the lovely Juno!-
-Sig Base-Avatar Base-My DeviantART-
Anoki is mine. End of story.
Top

I took choco's advice and put a few more darker and lighter tones to the skin so it'd show up a bit more.

If you think it's still too soft, lemme know!

I actually think it looks really good the way you have it. The glass shards look really nice and the mirror looks awesome. you've done a great job.